“To understand is to experience harmony between what we aim at and what is given, between the intention and the performance – and the body is our anchorage in the world. ”

Truth conditions of text are about situational contexts. Dynamical contexts couple to the text. That is, textual elements receive a virtual dynamic sense.

For a value to be realized in a quadranym requires a dynamical context and a situational context to couple i.e., truth conditions engage making unit relevant. 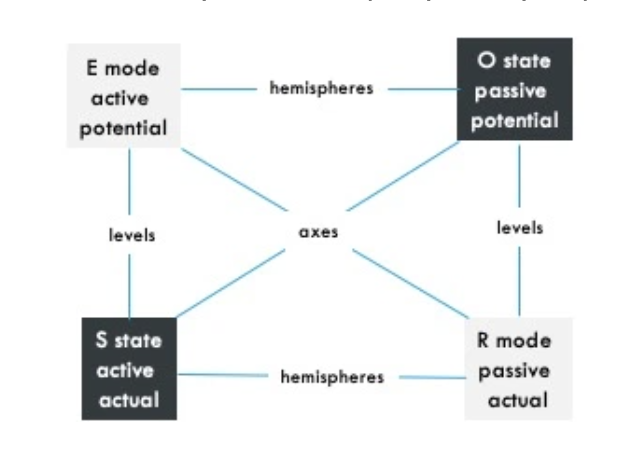 A unit of responsiveness is like a spontaneous activity in the beginning.  If it somehow aligns with its environmental system it becomes a responsiveness.

Motivation is Modular in Quadranyms:

(Note: FOR represents closing the loop on target variables.)

Consider for instance a chimpanzee who smashes small stones with a big rock. Maybe the act continues just for the dynamic sense of it, the impact, stones fractured into fragments. Now consider the act repurposed to crack nuts.  A new motivation — a new system of responsiveness is organized.

A flux point is found between units.

A unit is a response to a flux point i.e., stimulus → response.

The primary advantage of layers is the ability to create various hierarchical orders. In this way, an act can be constrained by different motivations.